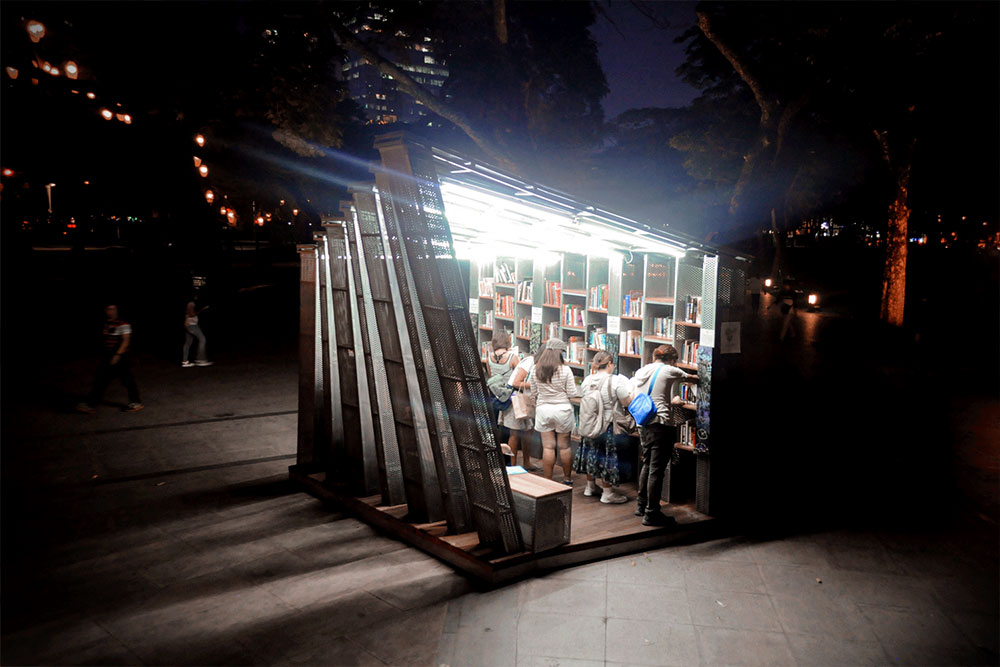 CNN Style features The Book Stop Project, along with several notable architecture projects, as one of the shortlisted projects for the World Architecture Festival 2016 Awards. “Foster + Partners, Zaha Hadid Architects, and Rogers Stirk Harbour are just a few of the renowned architectural practices to be shortlisted for awards at the 2016 World Architecture Festival (WAF) it was revealed Monday.More than 340 architectural projects — from a luxury jungle home in Brazil to a happiness center in Bhutan — were announced as nominees at what organizers say has become the world’s largest architectural awards program.Each entry will seek to win one of 32 award categories before going on to challenge for the most high profile WAF accolades of “World Building of the Year” and “Future Building of the Year”. Last year’s winner of the coveted World Building of the Year award was the Interlace, an ambitious residential development in Singapore by Netherlands-based OMA and Buro Ole Scheeren from Germany.Zaha Hadid Architects has been nominated for its Messner Mountain Museum Corones project and the Investcorp Building for Oxford University’s Middle East Centre at St Antony’s College while Foster + Partners was recognized for its Crossrail Place station in Canary Wharf, London.The 2016 WAF will take place in Berlin, Germany, between November 16 and 18. Entrants will be judged by an international panel before the winner is announced towards the end of the festival.” Read more.

First PH condo featuring one unit per floor
“A new condominium is slowly rising in a prime location in the heart of San Juan City. The most notable...
Read More »

The Architect, the Engineer, the Feng Shui Expert, and the Interior Designers
Those who are planning to purchase their first home may find the task a little bit overwhelming. After all, they...
Read More »