Manila is a vibrant and heavily congested city. Growth rate is constantly on the rise, temperatures are high and the city is densely populated. It lacks open public spaces and the streets are not pedestrian friendly which encourages the mall culture that segregate people according to their socio-economic class. The mall culture propagates disconnection and consumption. 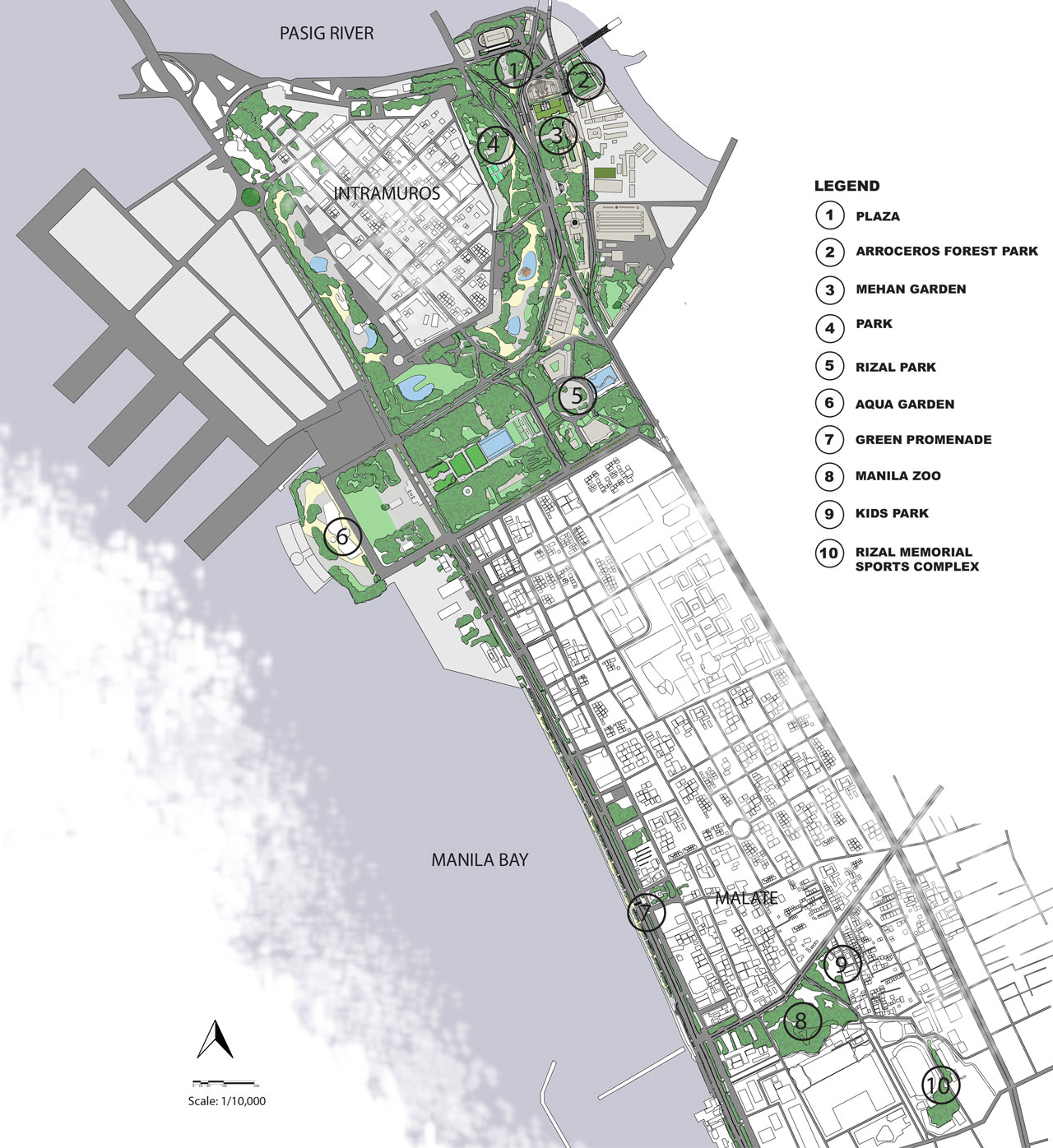 The Green Matrix is an ecologically sustainable and flood resilient design which considers the heterogeneity and its role in maintaining biodiversity, storm water retention, micro-climate mitigation, and carbon sequestration. It encourages social interaction among all classes of people,this in turn would inspire citizens to equate civic beauty with pride, cultural cohesion and social equality. 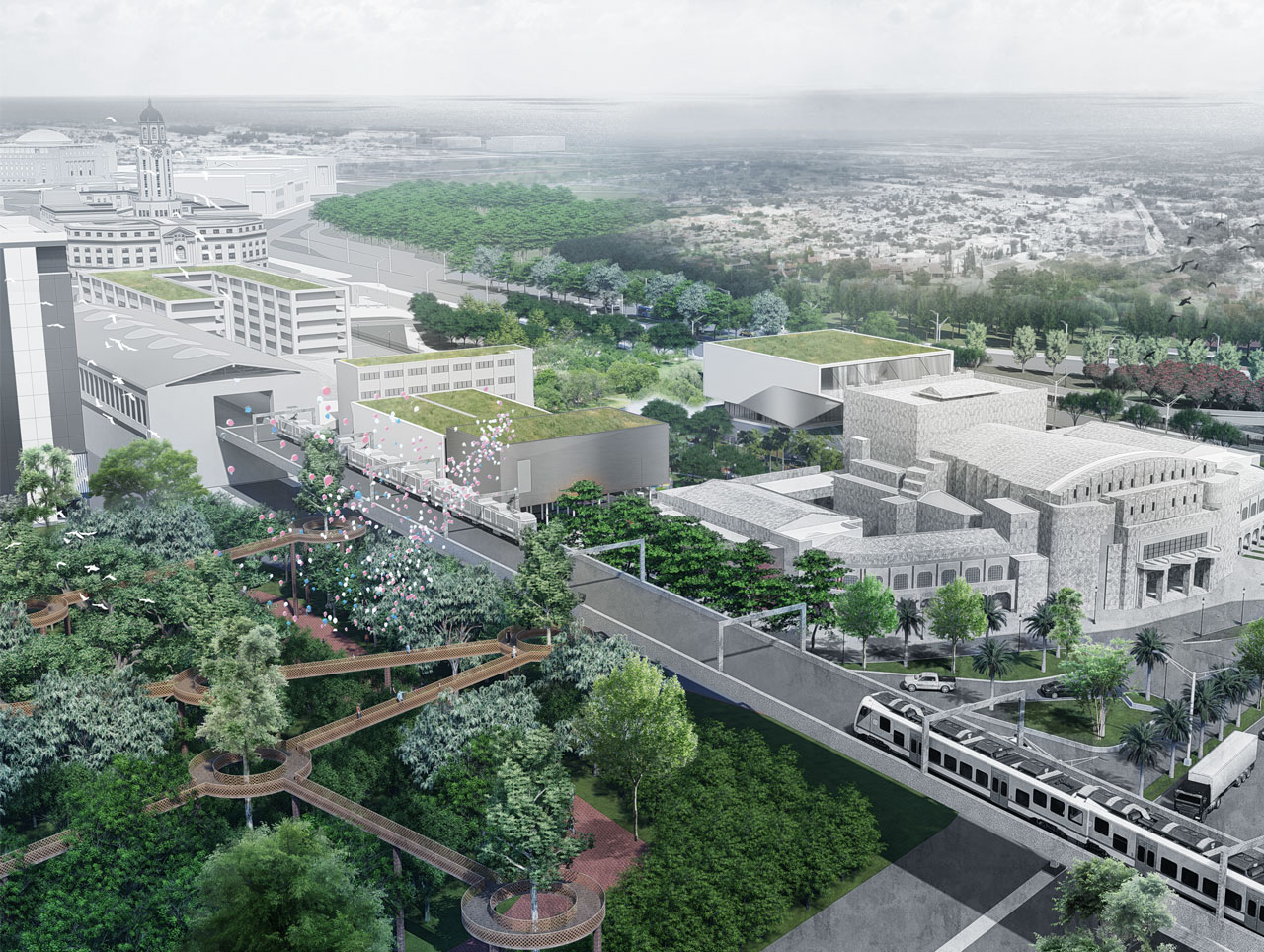 Green Matrix ; an ecological system which grows and develops and extends through out the city. Linking and revitalizing all the disintegrated pieces of green open spaces left out in the heart of the city, connecting them to the existing park which extends to Manila Bay. Revitalizing all the strip from Arroceros forest park by Pasig River to Rizal Memorial, would highly impact the rise of value of all real-estate properties surrounding the strips. This example can be seen in different places around the world such as Central Park and High line in New York (USA), the property value that are directly next to active and passive recreational area have increased up to 33% compared to properties far from any recreational green areas.

Increasing the park’s vegetation by 20%, the bird community is expected to triple.

Storm water management; Vegetated buffer zones will harvest the rainwater along with storm water planters which will help in reducing the amount of water entering the system at once. Previous tiling will reduce the runoff by absorbing the water and recharging the water table below. 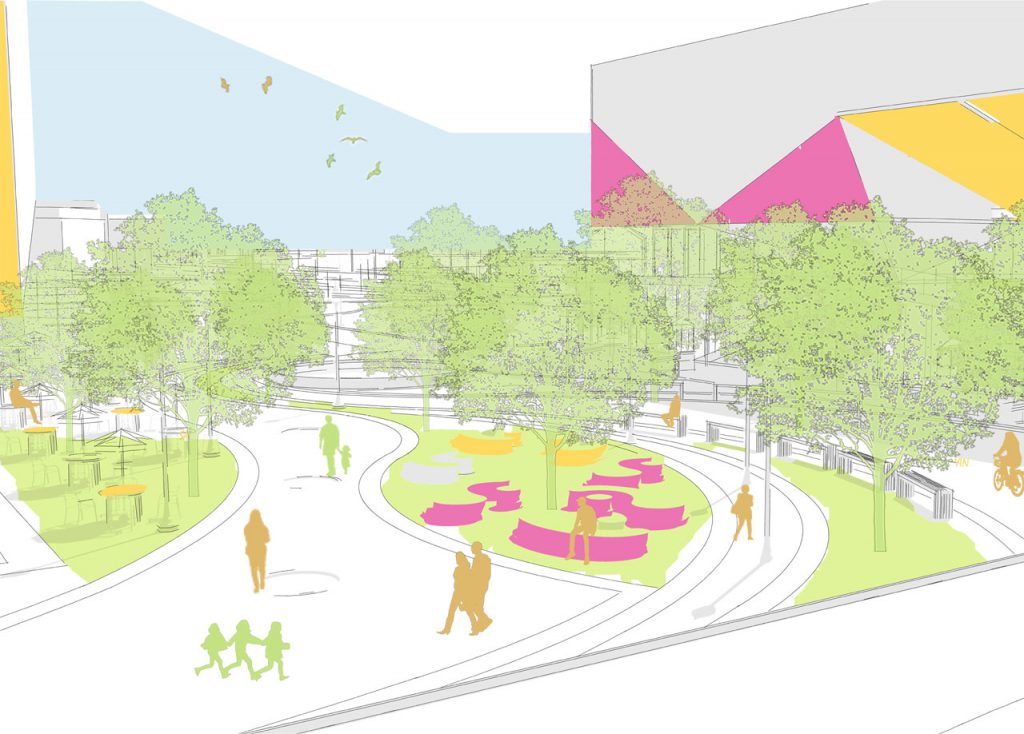 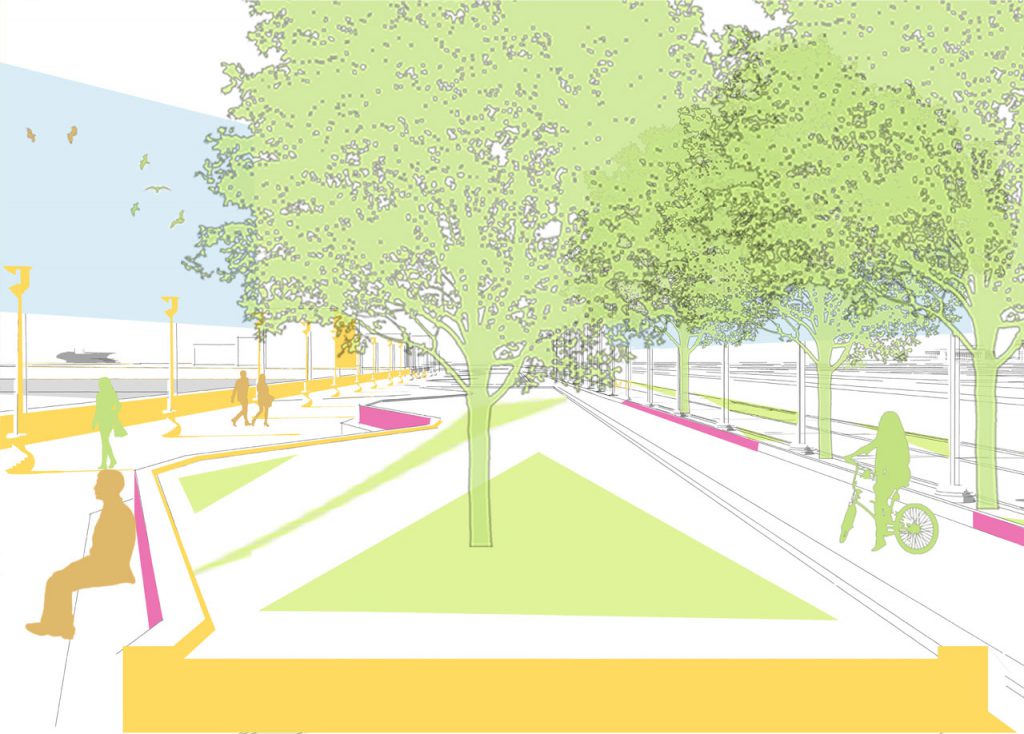 Learn more about this project!

Sulong Maynila: Revitalizing Divisoria
[lgc_column grid=”50″ tablet_grid=”50″ mobile_grid=”100″ last=”false”]What is your Divi story? Do you remember squeezing through the crowds for that bargain? Were...
Read More »

The Book Stop Project
Books are eternal, stories are passed down from one generation to the next, and stories are one of the greatest...
Read More »

Tagpuan: A Multilayered Manila
We Filipinos pride ourselves on being the happiest people in the world. Our warmth and hospitality, and the easy way...
Read More »

City of Tomorrow: Megacities and the story of our future
Sometimes it gets awfully confusing trying to figure out how to describe or define Manila. As we get well into...
Read More »
Copyright 2022 WTA Architecture + Design Studio. All Right Reserved.