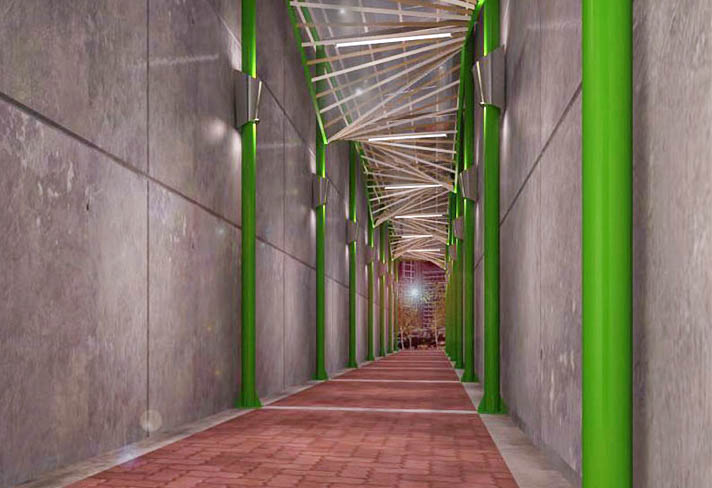 One young Filipina has carved a special niche for herself as a graphic designer in the United States while using the power of her designs as a tool for change back in her home country.

In 2014, Bermejo co-founded MakeManila.org with architect William Ti of WTA Architecture and Design Studio, who was featured in the BusinessMirror Properties section in an article written by Rizal Raoul Reyes (The Art of Science, 07 October 2014).

MakeManila is a non-profit and online platform that facilitates public space improvement projects through community action and crowdfunding.

Crowdfunding is the practice of funding a project or venture by raising contributions from a large number of people, typically via the internet. Kickstarter is one example and it is the world’s largest crowdfunding platform for creative projects.

MakeManila’s pilot project was supposed to be the improvement of the E-11 Walkway in Greenhills San Juan.

“It was the perfect pilot project with just the right small scale to make efforts feasible. When the volunteer designers went to investigate, it had flooding problems, poor lighting, and all these safety concerns. They then developed simple architectural interventions to improve its conditions to about 2000 pedestrians that pass this walkway to work to Greenhills everyday,” Bermejo recalls.”

The Book Stop: a pop-up library for all
“With the present dearth of libraries, the WTA Architecture + Design Studio led by principal architect William Ti Jr. has...
Read More »