Sometimes it gets awfully confusing trying to figure out how to describe or define Manila. As we get well into the third decade of this millennium however, it is becoming evident that we are entering an age of megacities or urban regions. While the cities of our world have defined the story of humanity over the last century, the megacities or urban regions of today will begin to dominate the story of our future.

We can no longer see Manila or even Metro Manila as the borders of our city. Defining or limiting policies and programs to its various component cities is futile. The second week of this current lockdown with its “NCR plus” designation shows just how far our megacity extends to. Mega Manila is one entity and one region that extends from Pampanga in the north to Batangas in the south.

In this megacity, we will find 25 million urban residents with another 7 million ex-urban residents living in rapidly urbanizing areas. This city of 32 million people would rank as the 45th most populous country in the world or 10th in Europe. Mega Manila is the second densest and second largest urban region in the world and will remain so for the foreseeable future. 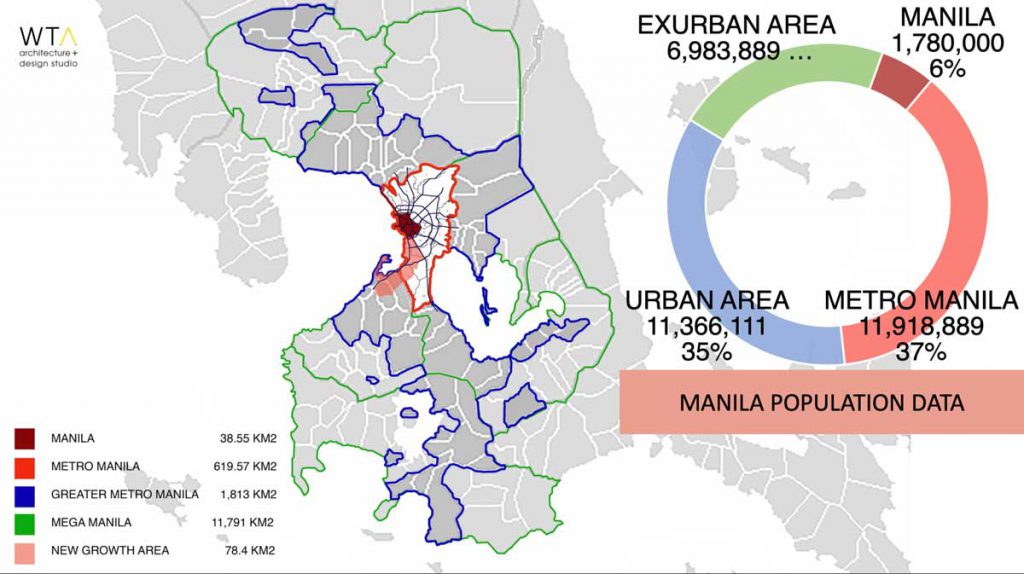 The development and governance of such an entity require planning and organizations way beyond the capacity of its individual cities. The lack of a coherent regional political framework means that major policies for the region need to be enacted or developed by the national government. Failure to do so creates imbalance and inefficiency, if not outright confusion and mismanagement.

As we begin to develop and reimagine our cities to face a “new normal,” the importance and value of good planning principles remain the same but become much more pronounced. We have begun to notice the inadequacies of our urban environment and will need to address this or risk creating unlivable conditions and extending the problems of Metro Manila to the greater region.

City of Tomorrow: Where do we go from here?
Exactly a year ago from today, we brought together a special group of people to help augment the capacity of...
Read More »

City of Tomorrow: Twelve Luxury Flats
The City of San Juan is a lovely residential neighborhood at the geographical center of Metro Manila. At only...
Read More »