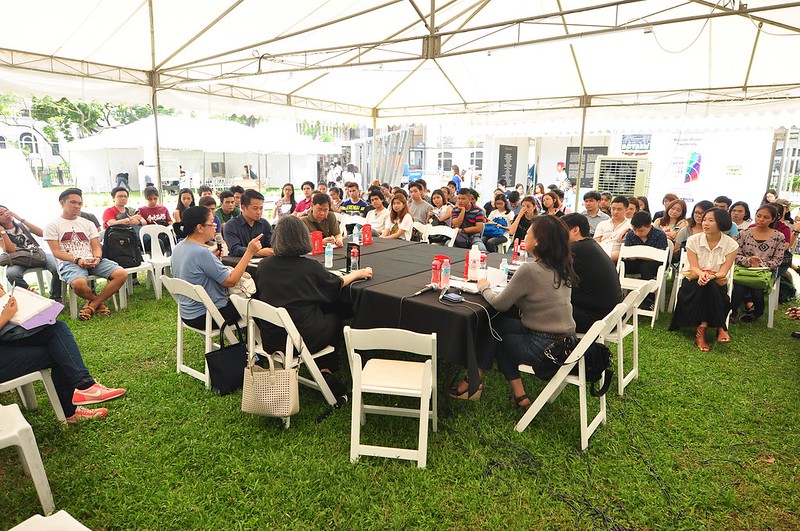 Rappler.com features WTA Architecture and Design Studio and others for their collective efforts in Anthology: Stories about Architecture 2016 in Intramuros, Manila.

The Book Stop is a pop-up public library built by WTA Architecture and Design Studio as part of its Urban Initiative Campaign in partnership with Instituto Cervantes. The library was launched last April 23 at Ayala Triangle for “Dia del Libro” and is currently located at Plaza de Roma in front of the Manila Cathedral in Intramuros, Manila.

The Book Stop has been getting a lot of attention being the only one of its kind in the Philippines and shining a spotlight on the lack of public libraries in our cities. The Book Stop has also been organizing regular events for and getting a daily foot traffic of 500 to 1000 people.

The architecture festival “Anthology” is completely free and open to the public. It will be held in Plaza de Roma and will be anchored by The Book Stop as its main stage.

Anthology will consist of over 20 events over the course of its three-day run. The events will feature speakers and workshops as well as fun activities for architecture enthusiasts. Read more.

Architecture and its role in nation-building